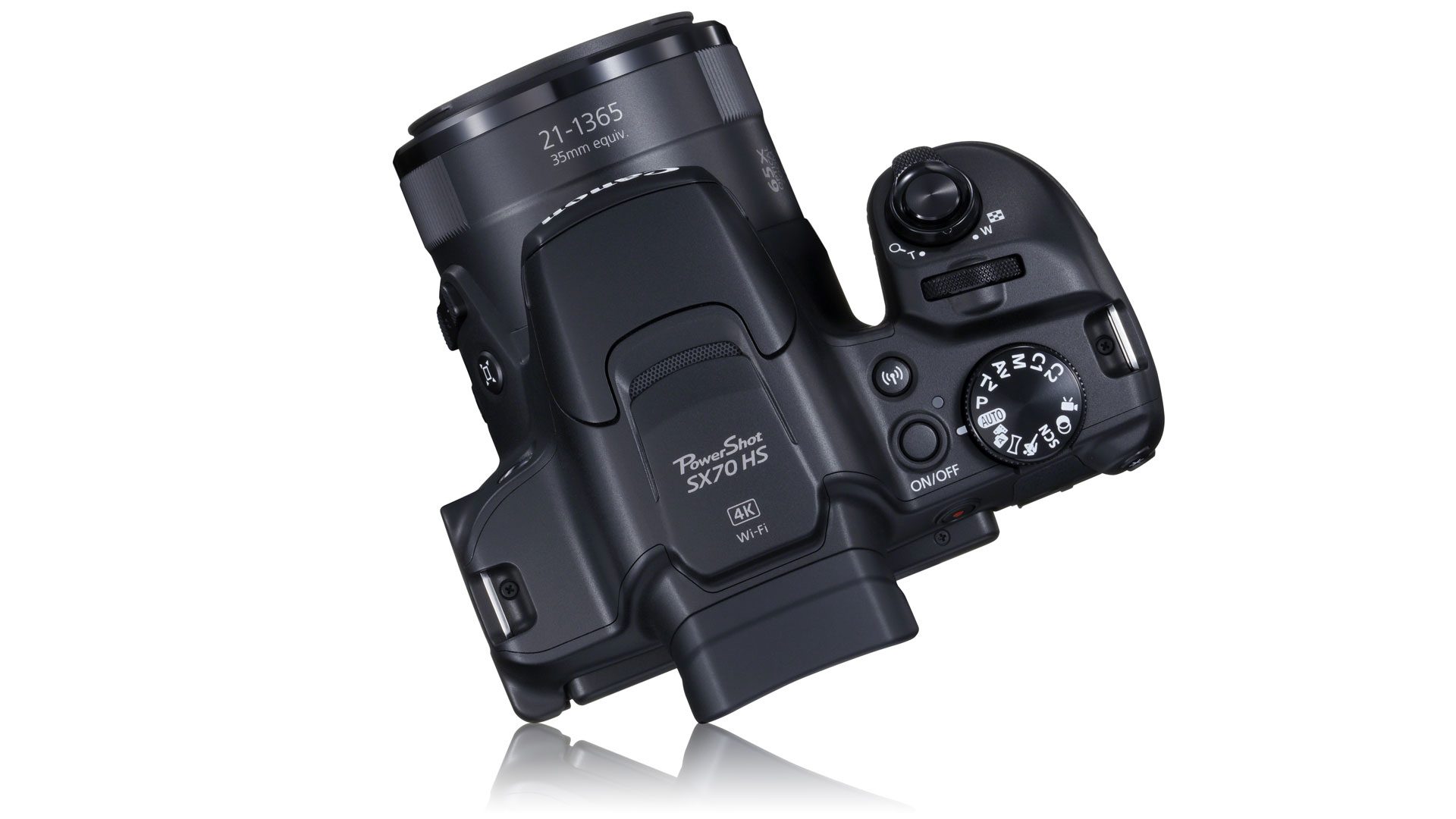 The SX70 HS looks like a DSLR, but it’s a lot cheaper and its fixed zoom lens covers a wider range of focal lengths than most DSLR users will ever be able to afford. In full frame camera terms, the lens covers a focal range of 21-1365mm. It doesn’t go quite as wide as an ultra-wide zoom for a DSLR, but it goes ‘longer’ than any mainstream DSLR lens.

One drawback is that the SX70 HS uses a very small 1/2.3-inch sensor no larger than those you get in most smartphones. So while the 20.3-megapixel resolution sounds great (it’s 25% more than the previous SX60 HS), the small sensor restricts the image quality. It’s probably enough for first-time users or occasional photographers, but no match for DSLR or mirrorless camera quality, especially for low-light photography or big enlargements.

Another drawback is that, despite the small sensor, this is still a pretty expensive camera. For the same money you could get a decent entry-level DSLR or mirrorless camera, though not of course with the SX70 HS’s enormous 65x focal range.

But the SX70 HS is very versatile. It can also shoot 4K UHD video and 4K time-lapse movies, and you can also extract 4K frame grabs (stills) from movie footage. It can capture images at 10 frames per second in continuous shooting mode, though this drops to 5.7fps with continuous autofocus, and it has a “0cm” macro mode for photographing subjects so close to the camera that they’re practically touching the lens.

The SX70 HS has a high-resolution OLED electronic viewfinder and a 7.5cm vari-angle screen on the back. Canon describes it as “truly portable”, but these things are relatively. It’s a heck of a lot smaller than a DSLR or a mirrorless camera, but the depth of the lens barrel, even with the lens retracted, means that it’s going to need a bag to carry it around in or a pretty deep jacket pocket.