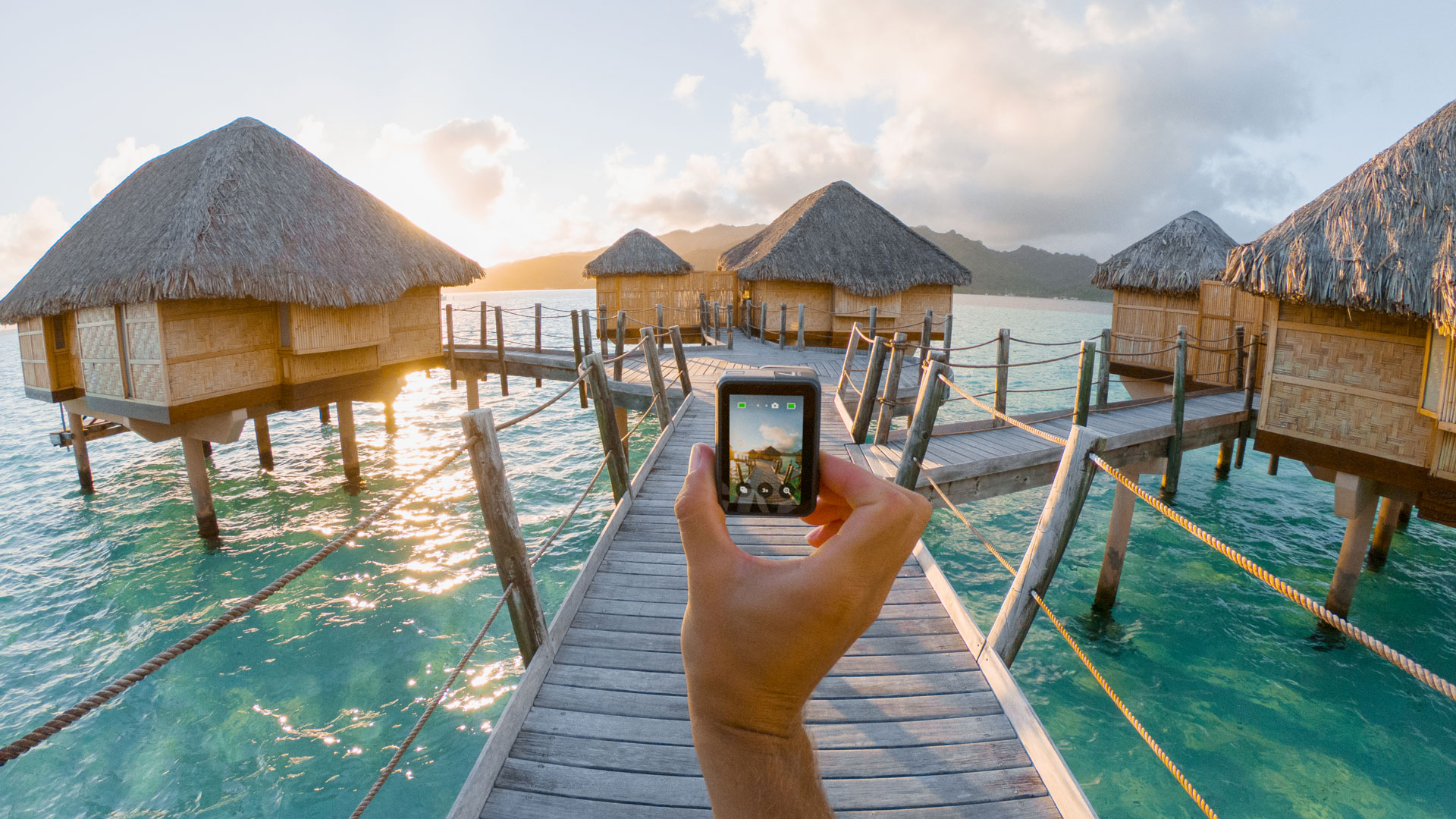 There was a time when GoPro was synonymous with action cam photography, but since then the market has been flooded with high-powered rivals and cheap clones.

Yet we all sit up and take notice when GoPro launches a new model, and the Hero7 Black does look really, really good.

The key specs are its 4K 60p video capture, with an 8x 1080 240p slow-mo mode, 12-megapixel stills, touch screen control, voice control and the ability to mount the camera on just about any object you can imagine, from the top of your crash helmet to the lid of your pet tortoise (that thing on the top is a lid, right?).

The ability to shoot 4K at 60 frames a second is pretty impressive in a camera this small, especially when you consider it’s rare enough on high-priced mirrorless cameras. It means you can grab smooth 2x slow-motion, high-resolution footage as you’re hurtling out of aeroplanes and plummeting down rocky bike tracks.

And it’s going to be smoother still, thanks to GoPro’s new HyperSmooth stabilisation system. GoPro says it offers the stability of a gimbal, which is very good news, unless you just bought one. It works underwater and in windy, ‘high-shock’ conditions too.

Actually, you probably shouldn’t mount the GoPro Hero7 black on your tortoise because that sounds a bit mean. But if you did, you could then use the Hero7 Black’s TimeWarp mode, also stabilised, to produce smooth speeded-up footage of your trusty turtle’s wild garden rampages and lettuce-chomping.

Social media fans should note that this is the first GoPro to live stream to platforms like Facebook, Twitch and YouTube. “What, the first? Really?” We hear you ask, “Yup, really,” (we reply).

So that’s good, but also good is the fact that you can use the camera vertically for Snapchat and Instagram stories whether you’re dining in the Bahamas or a Bermondsey kebab house.

The Hero7 Black is the big story here, but two other Hero7 models have been launched at the same time. The Hero7 Silver is a 4K action cam aimed at mid-level users, while the Hero7 White is a 1080p version for beginners.