Get yourself noticed with the Lomo’Instant Explorer 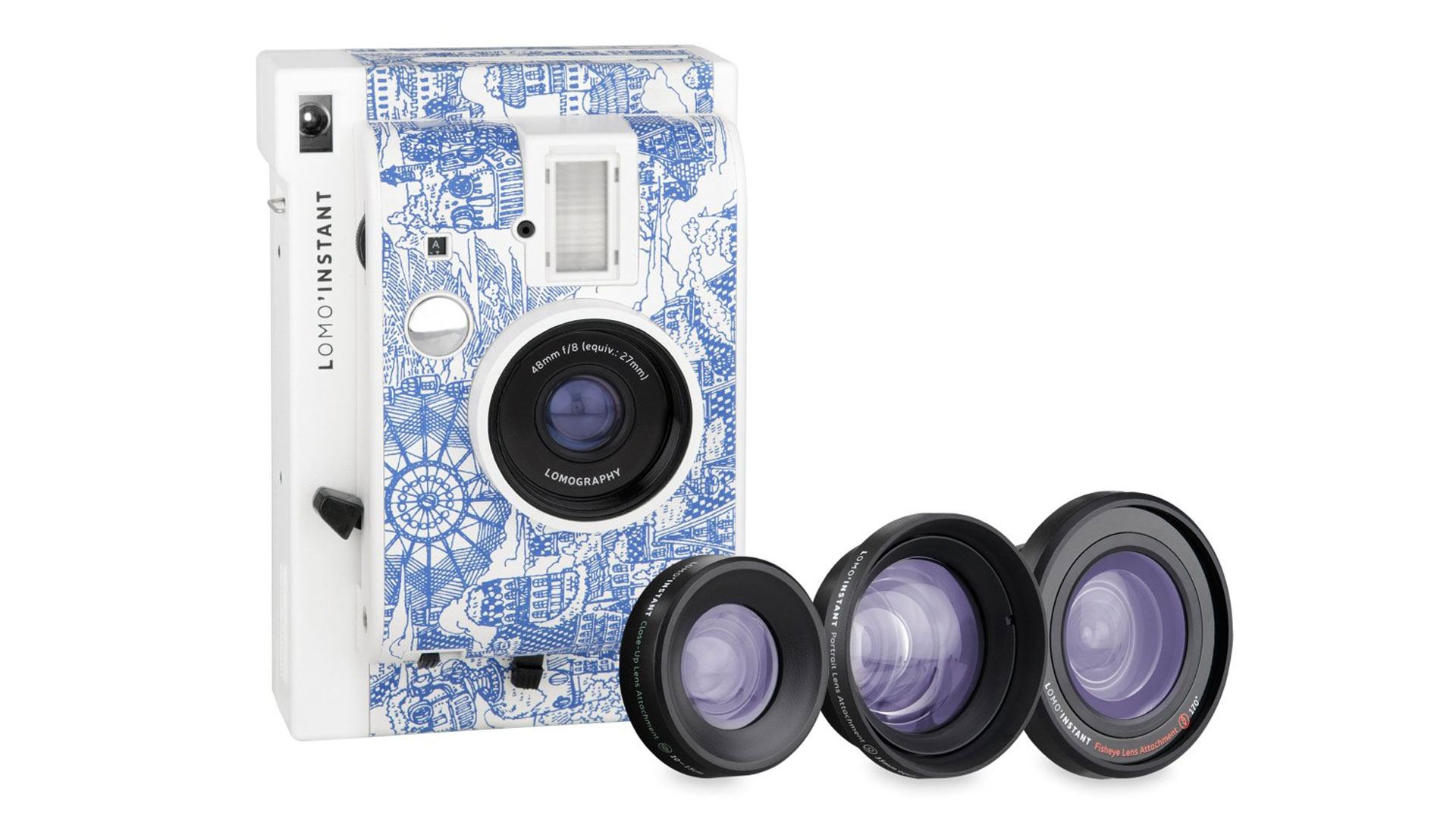 In a seemingly never-ending succession of instant camera variants, Lomography has just announced the Lomo’Instant Explorer edition with a vibrant blue-and-white line-art pattern exterior and a set of add-on lenses.

These cameras take Fujifilm’s credit car sized Fujifilm Instax Mini film packs. These are widely available but the prints are pretty small, with an image area of just 42 x 64mm, so while they’re perfect for momentos, keepsakes and small decorations, they’re not really big enough for anything else.

This model comes with a 27mm equivalent f/8-f/32 wide-angle lens built in, but there’s also a Fisheye Lens attachment for 170-degree circular images, and Portrait Lens for an equivalent 35mm angle of view and a Close Up lens for objects just 10-15cm from the camera.

The Lomo’Instant Explorer is no DSLR, but it does offer three shooting modes: an auto flash mode (there is a flash built in), flash on and flash off.

Flash is clearly a thing with the Lomo’Instant Explorer because you get blue, red, purple and yellow gels you can put over it for some funky coloured lighting effects.

You can also shoot long exposures with the camera’s B (bulb) setting for night shots or some experimental light-painting, and you can also take multiple exposures – as many as you like – on a single frame. Apart from B mode, there’s a single shutter speed of 1/125sec, so the Lomo’Instant Explorer is very much an old-school snapshot camera with limited control and capabilities.

Also in the box is a pack of Fujifilm Instax Mini film and four AAA batteries for the camera.