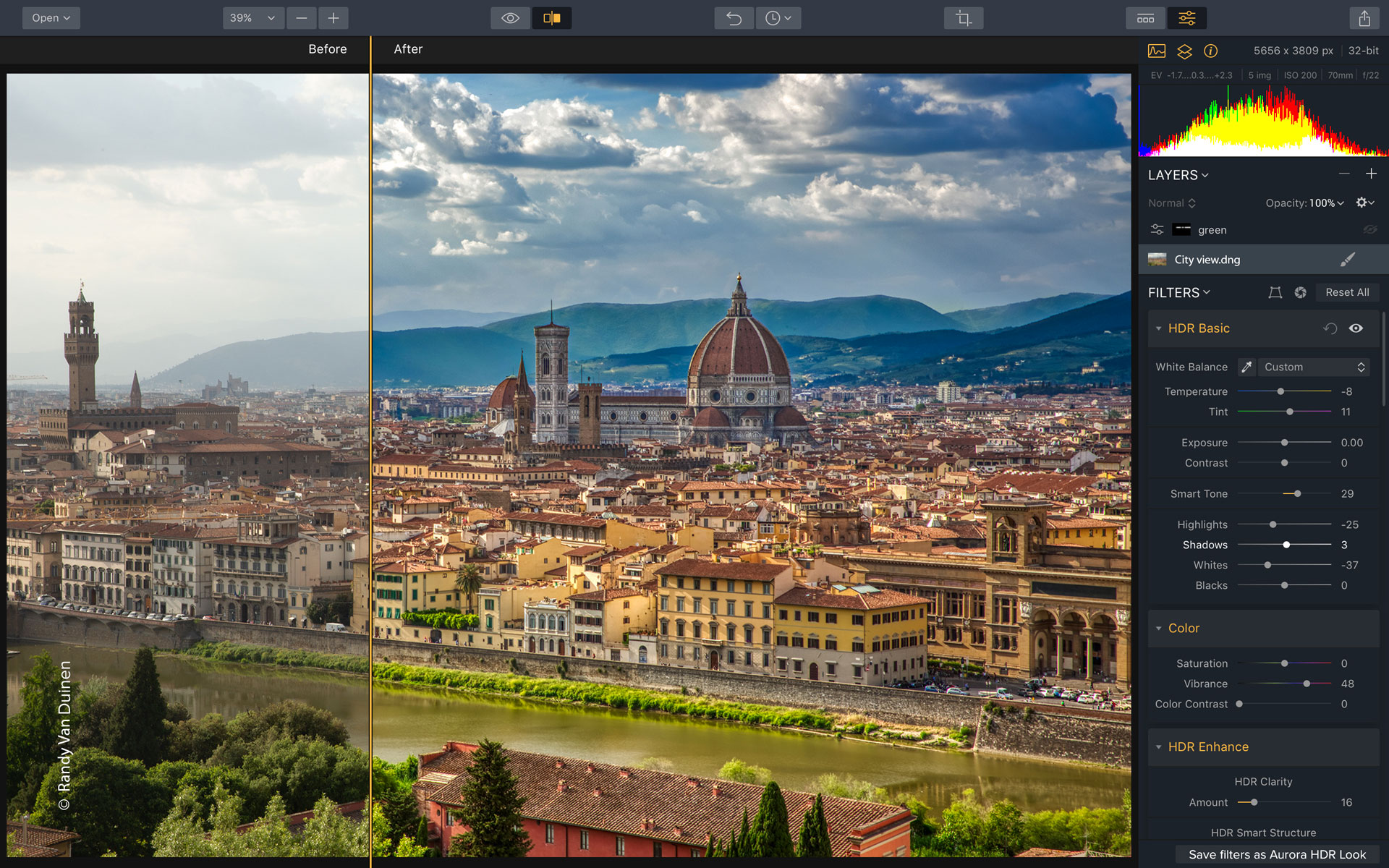 It can create HDR (high dynamic range) images from single exposures but offers greatest potential when merging a series of shots of the same scene at different exposure levels to capture the widest possible range of tones, from the darkest shadows to the brightest highlights.

Skylum says the new Quantum HDR Engine generates ‘stunning’ results which are both dynamic and yet natural-looking, and that it minimises major issues seen in other HDR software such as burned-out colours, loss off contrast, image noise and halos.

Aurora HDR 2019 also has a new Smart Structure technology for enhancing details, structure and sharpness in an image without the excessive image artefacts that often appear as a result.

The previous version’s preset effects have been replaced by HDR Looks, which aim to offer a better selection of aesthetically pleasing effects which can now include textures and masks to greatly extend the range and style of looks that are possible. These HDR Looks include some real estate styles from Randy Van Duinen (Skylum sees professional real estate photography as a big market), HDR Looks from Trey Ratcliff, who co-developed Aurora HDR, and photographer Serge Ramelli.

These HDR Looks make it pretty easy for a beginner to create HDR images straight away because the merging process is straightforward and you can select a Look with a single mouseclick.

But Aurora HDR 2019 also has a full set of manual adjustment tools to allow enthusiasts to tune the existing Looks to their liking or create their own, image by image.