I think the new Fujinon XF200mm F2 R LM OIS WR is a big story, and here’s why 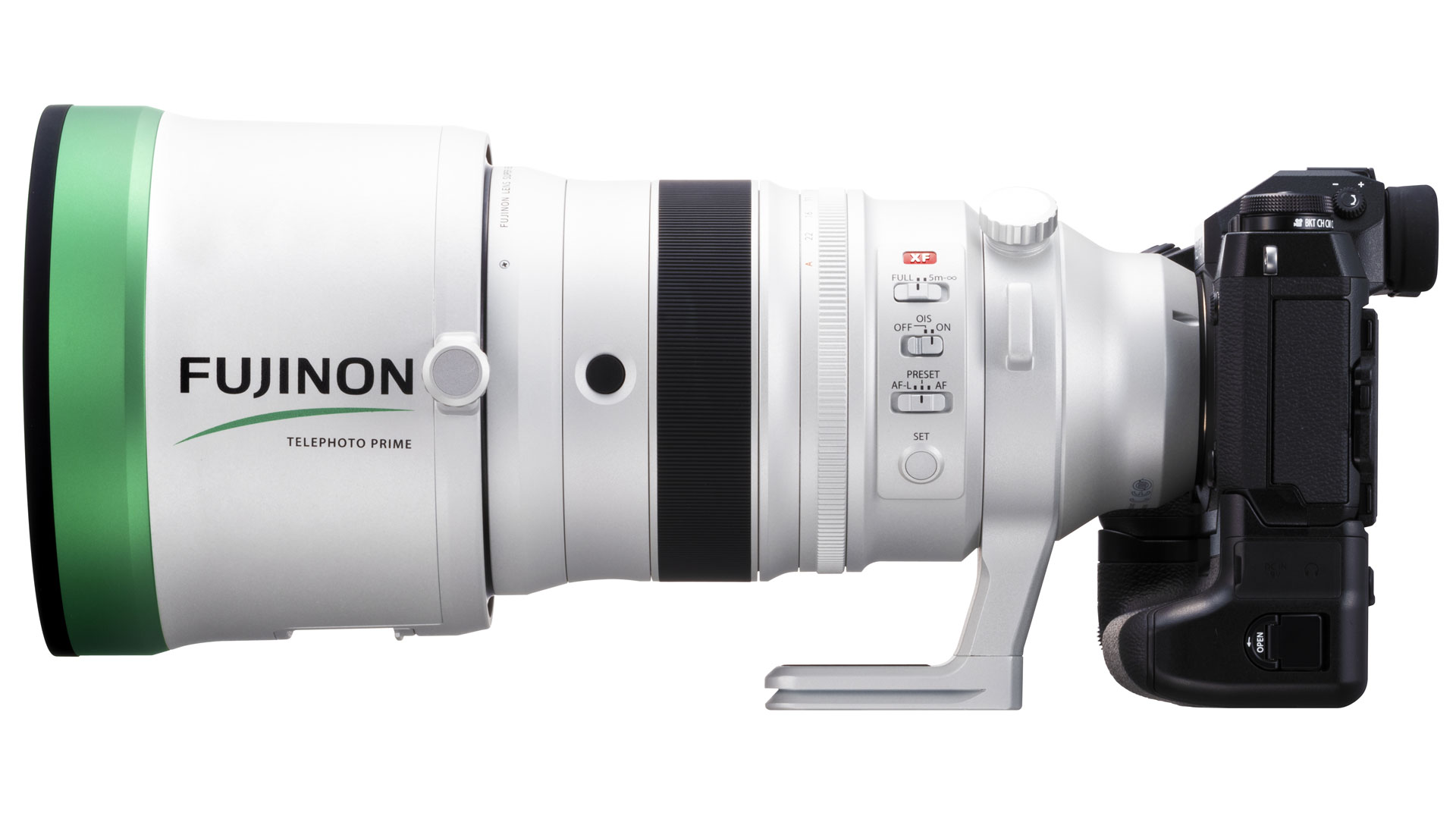 Fujifilm wants to break into the sports and wildlife photography market, and this could be the lens that brings the breakthrough, with specs that rival full-frame telephoto primes at half the price.

Fujifilm is determined that its X-series cameras should be seen as viable professional alternatives to Canon, Nikon and Sony’s camera systems, despite the fact it uses smaller APS-C sensors rather than full frame. Many photographers are not put off by the smaller sensor size because it makes the cameras and lenses lighter and cheaper – but they still may need convincing that Fujifilm has a lens system to rival the other big brands.

A big part of this is the professional sports and wildlife market, where photographers demand long, fast, top-quality lenses – usually wide-aperture primes – and this is exactly the gap the Fujinon XF200mm F2 R LM OIS WR is designed to fill. It would be the perfect partner for Fujifilm’s new pro-orientated X-H1 flagship mirrorless model.

But let’s just have a closer look at those specs. It’s a 200mm prime, which is normal enough, but it has a maximum aperture of f/2. So given that this is for an APS-C system, it has an effective focal length of 305mm in full frame terms. So what other system has a 300mm f/2 in its line-up? (Answer: there isn’t one.)

There’s even more to it than this, though, because Fujifilm has also included a matched XF1.4X F2 TC WR teleconverter, which turns the new lens into the equivalent of a 427mm f/2.8. Canon, Nikon and Sony have 400mm f/2.8 lenses in their own line-ups, but they cost twice as much as this one. The Fujinon XF200mm F2 R LM OIS WR is far from cheap (see below for pricing and availability), but it’s a positive bargain compared to the alternatives.

Fujifilm says the XF200mm F2 R LM OIS WR has “exceptional image clarity” and “beautiful bokeh”. It features 19 elements in 14 groups, and these include one large diameter super ED lens and two large diameter ED lenses to minimise chromatic aberration. It’s designed to deliver edge-to-edge sharpness even when the lens is used wide open and uses high-precision polishing developed for high-spec broadcast lenses and accurate to less than 0.1μm.

The XF200mm F2 R LM OIS WR also has a 5-stop image stabilisation system built in with automatic panning and tripod recognition. So far, the X-H1 is the only X-mount camera to feature in-body image stabilisation (IBIS), so stabilised lenses are still important in the Fujifilm X range.

The lens is designed to offer high-speed autofocus via linear AF motors and a lightweight lens focus group. It will have a Focus Range Selector for faster autofocus at distances beyond 5m, and a Focus Preset function for quickly returning to a specific focus point.

The XF200mm F2 R LM OIS WR has a light and durable magnesium alloy barrel, painted a matte silver to reflect light and reduce build-up in hot summer conditions. With seals in 17 locations, it’s resistant to dust, moisture and temperatures down to -10 degrees centigrade. The front element has a fluorine coating to repel water and dirt and there’s an Arca-Swiss compatible tripod mount. This lens weighs in at a hefty 2265g even without the teleconverter, so you’re probably going to need it.

The XF200mm F2 R LM OIS WR (and the also-new XF8-16mm F2.8 R LM WR) bring the number of Fujifilm X-mount lenses up to 31, with still more to follow on Fujifilm’s latest roadmap. Crucially, it fills a big gap at the top of the Fujinon lens range for a fast, prime telephoto, and should go a long way to levering open the sports and wildlife market for Fujifilm.

It’s worth repeating that this lens has a maximum aperture of f/2. That’s a stop faster than its full frame rivals and, quite apart from faster shutter speeds, it will offset the shallow depth of field advantage offered by full frame cameras (roughly equivalent to 1 f-stop).

The XF200mm F2 R LM OIS WR will cost £5399 in the UK, which sounds a lot, but is half the price of full frame equivalents. Unfortunately, you won’t be able to buy one until late October 2018, but the very fact it’s coming may tempt many photographers who’ve previously been undecided to take the plunge and swap to a Fujifilm system in anticipation o this new lens (and others) arriving.