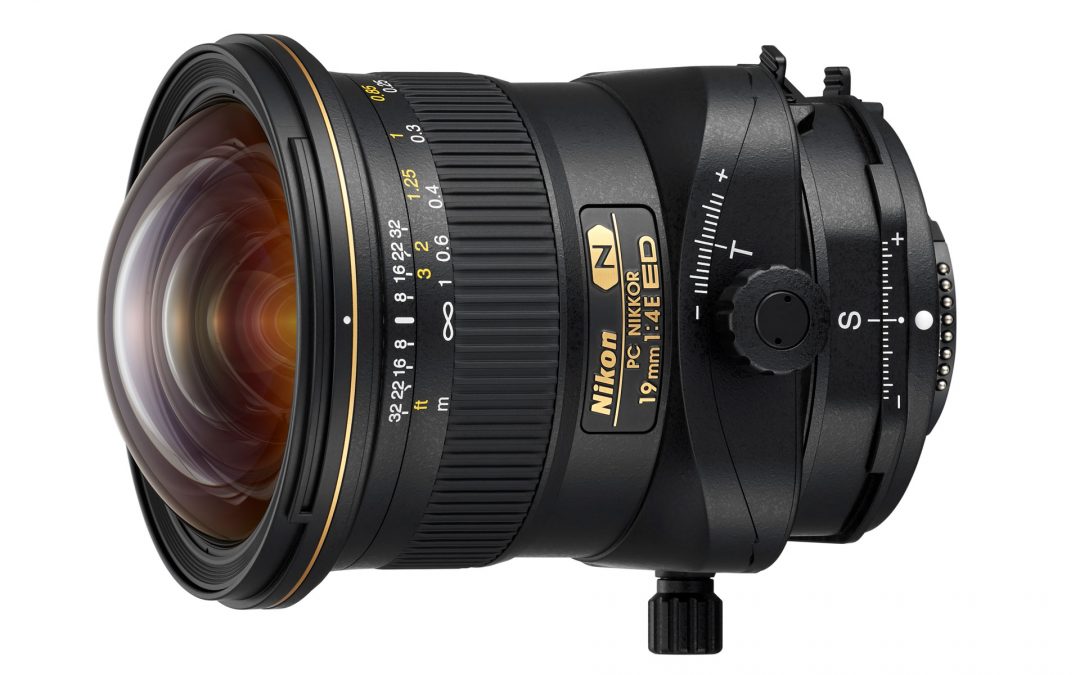 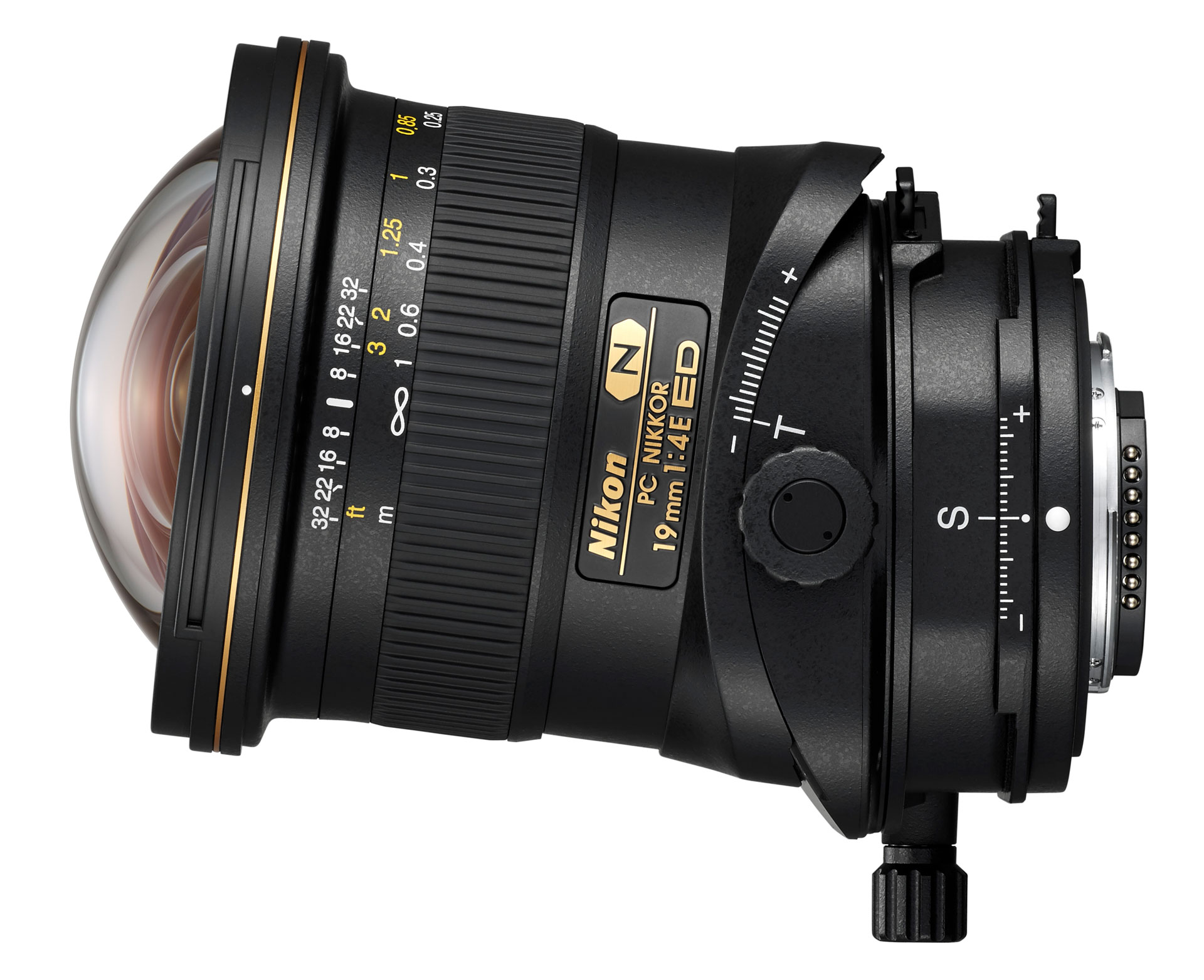 And here it is with maximum tilt.

No, it’s not broken. The PC Nikkor 19mm f/4E ED tilt-shift lens is supposed to slant and skew like that. And no, the price is not a misprint. It really will cost £3,299 when it becomes available on October 27th 2017.

Nikon’s perspective control lenses (Canon and other makers produce them too) have a unique set of adjustments you won’t find in regular lenses. There’s a ‘shift’ movement which moves the lens up and down relative to the camera body (sideways if you change the orientation) and a tilt movement which adjusts the angle of the lens to the body away from a true 90 degrees.

The shift movement can be used to correct for the converging vertical effect you often see in photographs of tall buildings. This happens when the photographer has to tilt the camera upwards to get everything in, creating perspective distortion (or ‘keystoning’). The only way to fix this is to shoot with the camera level – and that typically means that you chop off the top of the building.

But with the Nikkor PC lens, you can shoot with the camera level and use the shift adjustment to move the lens upwards relative to the camera body. This lets you capture more of the building (hopefully all of it) without having to tilt the camera. You can also use sideways shift to remove horizontal perspective distortion.

The tilt mechanism is used to change the plane of focus. Normally, this is at 90 degrees to the camera, and objects in front of and behind the plane of focus gradually drift out of focus. This means you can quickly run out of depth of field you want to photograph objects arranged on an angled plane, such as the surface of a table. But by adjusting the tilt angle of the lens half way between the sensor plane and the angled surface, you can get near-to-far sharpness that’s impossible to achieve normally even with the smallest lens aperture. 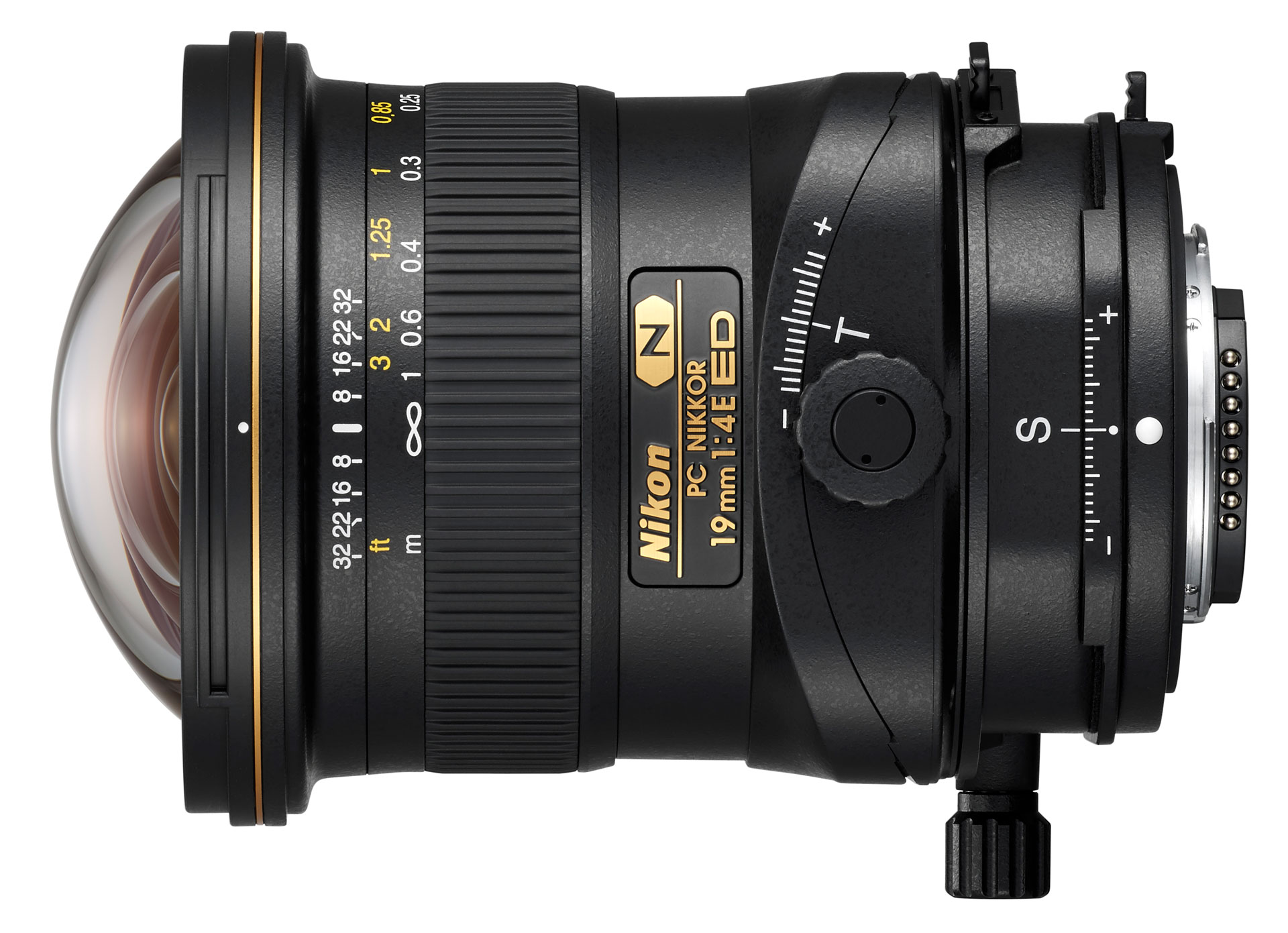 So here’s the 19mm PC Nikkor in its neutral state. 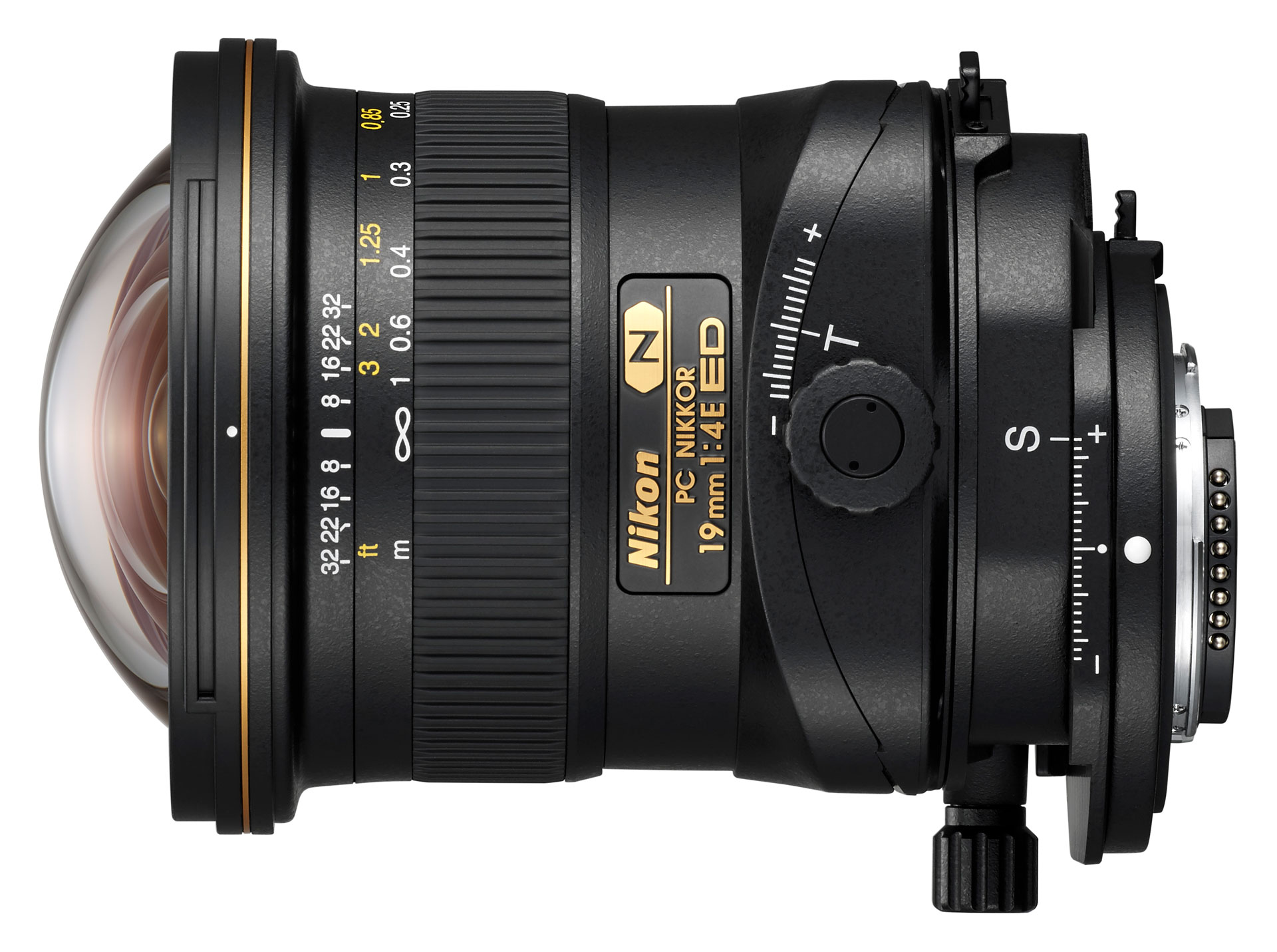 Here it is with maximum vertical shift applied.

And here it is with maximum tilt.

These precision movements are expensive to engineer, which is one reason why this lens costs so much. Another is that it’s a super-wide lens that’s a lot wider than Nikon’s previous ‘widest’ PC lens, its 24mm PC Nikkor. This will be very exciting news for architectural and interior photographers who need a combination of super-wide angles of view and precise perspective correction – a pretty common combination.

It’s the sort of lens you might need just a few times a year, which makes it a pretty expensive buy – which is why pros would probably opt for short-term rental, and why this lens is potentially a much more mainstream pro product than that scary price would suggest.